Being a solid object (Arguably my biggest strength.)

Posted on September 12, 2010 by featheroflead

I would like to talk about what I feel is arguably my biggest strength. In trying times remembering the positive can be an excellent way to make use of time. Nearly as far back as I can remember, I’ve frequently been told that I am someone who is good at helping other people by being a solid object for them. I would almost go so far as to say that this is a quality which, perhaps, I value in myself above all others. What does “being a solid object” mean, exactly? Well, I’ll tell yah. “Being a solid object” entails remaining calm and contained in the face of certain chaos.

A concrete example (albeit, exaggerated, perhaps) comes to mind comes from the time when I was working as a staff member in a group home for emotionally disturbed kids -a place where frequently “troubled” youth would lose containment over their emotions and “freak out.” Some kids would freak out outwardly: throwing chairs, fighting, cursing, threatening, and breaking things; some kids would freak out inwardly: shutting down, refusing to talk to anyone, cutting, or having suicidal thoughts. Those of us with clear memory of our teenage years probably understand some degree of what it means to “freak out.” Add to that abusive family histories, mental illness, unsafe living environments, (etc) and you have a recipe for some pretty spectacular blow out sessions (hence the exaggeratedness of this concrete example). At the group home where I worked, my skills and gifts as a staff member gained a positive reputation among clients and fellow counselors. Eventually it became not that uncommon for me to get placed to work with the kids who would freak out. My main strategy for responding to the various ways that kids would “freak out” was relatively simple: I became a grounding for them -a solid object. I would do this by simply “being with them” through their difficult emotional time. This would be accomplished, often times, by simply occupying the same space as the client while maintaining a calm and contained composure no matter how much the client would be out of control (assuming that they weren’t being too dangerous or unsafe).

In Aikido (a Japanese martial art which literally translates as “the way of love”) many of the moves that are executed involve blending with your partner’s incoming hostile energy in such a way as to diffuse it and end up in alignment with your partner -often looking in the same direction as them. I mirror this technique when I am with an upset client: rather than facing them, I try to stand at their side -as if I am mirroring them from their perspective and honoring and accepting their state while simultaneously demonstrating an alternative calmer, more contained state. It doesn’t always work to calm the client down -but it certainly almost never hurts and almost always helps in some fashion at least after a little while.

When I am able to act as someone’s “solid object” something tends to occur which seems almost magical: simply being present and accepting of someone can enable them to access their own inner strength and containment. While this form of providing treatment may seem pretty simple (and in execution, the method is, in fact simple (for me anyway (we’ll get to that later))) -there is a whole host of subtle very complex exchanges occurring in an instance of me co-regulating with another person. Your right brain (the part of the brain that is concerned with emotion and creativity) is capable of taking in and processing thousands of times more information than that of your left brain (the part that deals with logic and analyzing). This could be a reason why simply demonstrating a calm state can be more effective than attempting to talk or rationalize to the other person how or why they should calm themselves. It’s actually quite remarkable to observe a successful co-regulation -I’ve found it to be one of if not THE biggest tool in my arsenal of helping other people.

Now I’m inclined to wonder: why does it come so naturally to me to be calm and contained for other people when they are in chaos? From my observations, it appears as though such a skill does not come as easily to other people (hence, other staff members placing me with the kids who were “out of control”). I have a particular strength and foundation in some sort of truth that everything will turn out okay no matter what. Why do I feel that way? Why is it harder for others to hold the faith that everything will be okay no matter what? (I’m actually asking these questions because I don’t totally have a clear answer.)

I would hedge a guess that perhaps it has to do with me having grown up with a secure and healthy attachment to my loving parents: to break that down to a basic and primal attachment theory fashion: scary monsters don’t scare me as much because it has been programed into me that I can always run back to Mom and Dad who will keep me safe. Many (perhaps most?) people don’t have the fortune to have grown up with totally secure attachments, and as such, they have a level of ambivalence or a shakiness to their faith that their parents would be able to keep them safe from scary monsters -either because their parents, themselves were the scary monsters -or, perhaps, their parents simply wouldn’t be there to run back to at all. But certainly, one’s level of security or stability or “faith that everything will be okay” couldn’t only ride on the factor of their relationship to their parents. What other factors are at play here? I’d guess that perhaps spirituality plays a part here? (But then, is my spirituality merely an extension of my attachment to my parents??)

I find great strength in the spiritual philosophy that I have come to develop for myself: I believe that everything matters, nothing matters, neither, and both. Did I just hurt your head? Well, that philosophy is supposed to hurt your head. I guess the “head hurting” is a strange reminder for me that there are mysteries in life that will forever be beyond my limited understanding. There are systems at work that I will never have the full capacity to completely understand from all view points. “God,” I suppose, may be the word that many people may use to label this concept. I choose to view God as a benevolent force. Many religions hold that claim as well -however, in experimenting with a few religions myself, I have found that religion tends to enable flawed man-made constructs which steer the original concept of a “truly benevolent god” off course… (e.g., religion makes up all these rules such as “god will only truly value you if [xyz irrelevant condition] is true.”) For me, I find it easy to envision god as being benevolent because I was fortunate enough to have been raised so benevolently. In essence, my construct of “god” has now become an internalization of my secure attachment to my parents.

I recall reading on the back of some random “science meets faith” book that, evolutionarily, man may have maintained a capacity for spirituality because it serves as an elegant way for us to handle our innate fear of death. We have an advanced ability and awareness (in comparison to other animals) to create methods which can increase the duration and quality of our own life -yet that level of intelligence also opens us up to the ability to ponder potentially frightening complex questions such as: 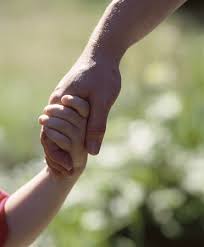 what meaning does our life have or not have? What happens to us when we die? etc… There was a part of our brain that was allowed to persist in developing so that we could have the capacity to have “faith” -which is a quality that serves to motivate and comfort us.

A necessary component of being a solid object for someone is holding the possibility (the faith) that things will get better even (and especially) when the other person may be in a state wherein they do not have the resources needed to be able to hold that faith themselves. I am grateful for my past and I am grateful for my spirituality; both afford me what is arguably my best strength. When times are tough I shall ride true -even if things get stormy. What is your greatest strength?